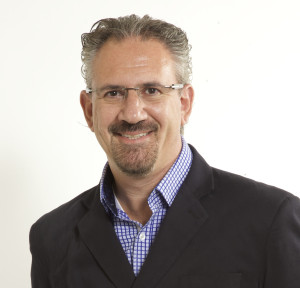 Robert Ancill is the CEO of and The Next Idea Group. Widely considered an authority on emerging food trends, foodservice and design, Robert is well known as one of America’s leading Global Food and Restaurant Consultants.

Based in Los Angeles, Robert has overseen the launch of over 89 new brands and 800 restaurant or cafe openings or remodels. He has worked or consulted with clients in over 24 countries, including but not limited to: USA, UK, Kuwait, Dubai/Abu Dhabi(UAE), Saudi Arabia, Oman, Bahrain, Nigeria, India, Bangladesh, Thailand, China, Malaysia, France, Qatar, Afghanistan, Tanzania, and Pakistan.

Born and raised in Glasgow, Scotland, Robert joined the Glasgow College of Food Technology and graduated with the HCIMA qualification. During his career, Robert worked for a range of well-known corporations including: Aroma Cafe Group, The House of Albert Roux, Planet Hollywood, House of Fraser, Safeway, Panera Bread, and HMS Host.

Never wavering from The Next Idea’s core values of Creativity, Excellence, Client Service, and Integrity, Robert has built The Next Idea from a one-client agency to an acclaimed international boutique consulting group with a broad range of small, medium, and large clients, and an enviable project portfolio. The company split in 2016 and operates consulting services under The Next Idea, www.thenextidea.net and interior design, TNI Design, www.tnidesign.com.

Robert regularly takes on interim executive assignments. He is Chairman of Phood Farmacy, Design Director at Plant Power Fast Food, and Visualization and Cad Director for Design i.

Robert, sits on several Company and NGO Board of Directors and is regularly quoted in the Media on global restaurant and food trends as well as food & restaurant opportunities in emerging and frontier markets. He is regularly speaking at conferences on topics relating to international growth opportunities, restaurant concepts, food trends, and consumer behavior.

Robert is also active in the Non-Profit world, supporting many good causes including, anti-slavery, cure, and support for autism and child education in underdeveloped countries.

In his spare time, Robert is an amateur photographer, whose work has been featured in a number of magazines and websites, and can be found at:www.introspectivelense.com